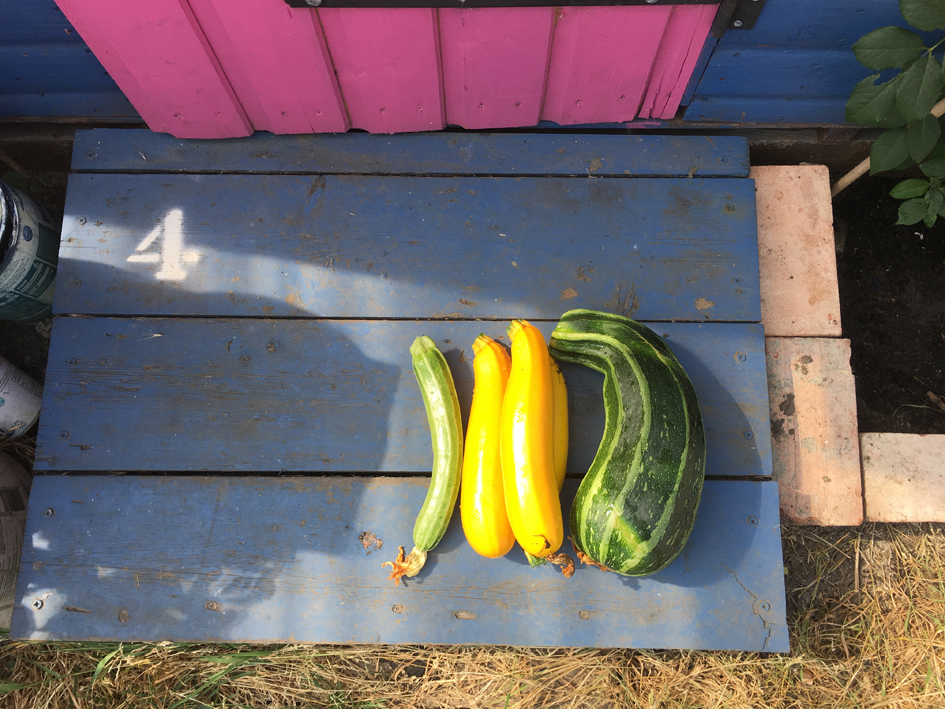 According to the late American journalist 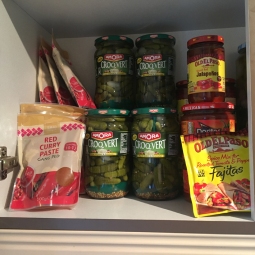 HL Mencken, “Democracy is the theory that the common people know what they want and deserve to get it good and hard.” It would seem then, what the people of the world’s fifth largest economy really want is to stockpile. In peacetime. Lucky for me, The Enabler has waged an unsuccessful battle with his hoarding tendencies for years. Come March 2019, we’ll be all set for red curry paste, cornichon and taco seasonings.

Anywho, last year I complained about not having enough courgettes. Having not had great success in the past, four plants were put into one of my new raised beds, along with two New Zealand spinaches. The NZ spinach was quickly outcompeted by the four monsters, who have been pumping out about courgettes for England. I’m begging people to take courgettes. My office mates are starting to think I’m a bit sad and a bit bonkers.

The varieties are my usual green stripey Romanesco and Soleil F1. Both have been doing very well, although both have recently succumbed a bit to powdery mildew. That does not seem to have stopped them much though. If I had to pick a favourite, it would be Soleil, if only because the yellow fruit are easier to spot, and therefore less likely to hide in the foliage and become giant marrows.

I have found a few ways to make a dent in courgette mountain. The lazy way is to spiralize the courgettes and add pesto made from our own basil, which has done also done very well this year. I also found a very good recipe for chocolate chip zucchini/courgette bread. It just happens to be gluten free, and since it was already so close, I used a powdered egg supplement to make it vegan too. I baked it for a work thing recently and did not have take any back home with me. 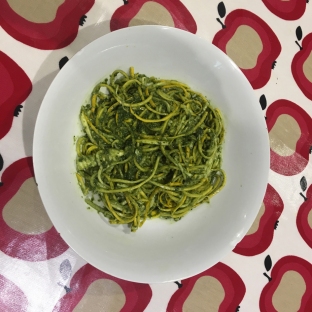 Finally, I recently started making fritters. I used a recent recipe from The Guardian, but with a few adaptations. I used an extra 100g of courgette, scaled up the amount of white

flour and substituted extra fine corn meal for rice flour. On reading another Guardian article, it seems that there is a fair bit of flexibility in making these, so you can adapt the recipe to your own tastes and to what you have on hand. I think these could be frozen, so a few batches might use up the courgettes still lurking on the counter.  Could be worse though — check out Lovely Neighbor from Plot 5’s stash!

7 thoughts on “Careful what you wish for…”

This site uses Akismet to reduce spam. Learn how your comment data is processed.